All IR/EMS Horses Have Laminitis 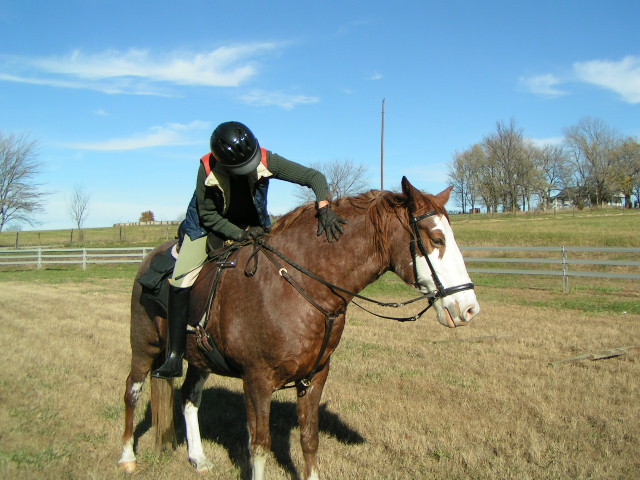 Even when not obviously laminitic, EMS horses are typically subdued,relunctant to move, slow to turn and appear uncomfortable.

The Equine Cushing's and Insulin Resistance Group outreach forum  has been in existence for almost 20 years and currently has over 11,000 international members. As you might expect, many members seek out the group when their horse/pony/mini/donkey/mule becomes obviously laminitic. Others report issues confirmed by blood work, but state they have never had problems with laminitis.

Back in 2004, Johnson, et al., published an article entitled Endocrinopathic Laminitis in the Horse. They described a "remodeling" of the laminae that occurs in horses with EMS or PPID (Cushing’s disease). Specifically, there is lengthening and thinning of the dermal lamellae that leads to weakening and predisposes to separation, with resultant white line widening, rotation, and sinking.  This occurs without the basement membrane damage and white blood cell infiltration characteristic of other types of laminitis.

Of particular interest was the report that these changes are clearly visible microscopically, and on radiographs, in horses not showing any obvious signs of pain, inflammation or lameness.

Johnson focused on a possible role for cortisol in these changes, but more recent research has clearly shown that it is insulin elevation that is to blame. Exactly how this happens is still unclear. There is growing evidence that insulin may be acting through the IGF-1 (insulin-like growth factor) receptors to cause increased cellular proliferation.

There is some discrepancy in published studies regarding whether or not dermal and epidermal tissues in the lamellae express insulin receptors. If they do, high insulin may stimulate the changes seen via those receptors. In humans, epidermal keratinocytes stimulated with insulin show the same proliferation and elongation seen in the lamellae.

It has also been shown that endocrinopathic laminitis, like human metabolic syndrome, is characterized by increased levels of the potent vasoconstrictor endothelin-1, which may be causing cellular proliferation via endothelin receptors with reduction in perfusion and delivery of oxygen/glucose to the laminae. Positive responses to herbal and amino acid support for nitric oxide generation suggest this is part of the mechanism. Hypoxia (low oxygen tension) itself also causes migration and proliferation of keratinocytes via release of HIF-1 (hypoxia inducible factor). The imbalance between vasodilating nitric oxide and vasoconstricting endothelin-1 is directly caused by high insulin levels within the blood vessels.

Regardless of the exact mechanism, the important thing to realize is that these changes are occurring in every horse with elevated insulin, whether they are recognized to be in pain or not. Low-level lameness is easy to miss because the pain is symmetrical (no head bob). More subtle signs include less spontaneous activity, reluctance to make sharp turns, muscle tension in the forearms, back and hindquarters, more rigid head carriage (high or low), and a subdued attitude. These horses can easily be pushed over the edge into more severe pain by dietary indiscretions or even cold weather.

The good news is that meticulous attention to dietary simple carbohydrates, calories/weight, mineral balancing and additional nutritional support as needed is very successful in controlling insulin and restoring your horse's love of life.

If you suspect your horse has high insulin, get a diagnosis and take correct action. Don’t allow hoof damage to progress to the point of being crippling.

Started in 1999, the ECIR Group is the largest field-trial database for PPID and EMS in the world and provides the latest research, diagnosis, and treatment information, in addition to dietary recommendations for horses with these conditions. Even universities do not and cannot compile and follow long term as many in-depth case histories of PPID/EMS  horses as the ECIR Group.

THE MISSION of the ECIR Group Inc. is to improve the welfare of equines with metabolic disorders via a unique interface between basic research and real-life clinical experience. Prevention of laminitis is the ultimate goal. The ECIR Group serves the scientific community, practicing clinicians, and owners by focusing on investigations most likely to quickly, immediately, and significantly benefit the welfare of the horse.
https://www.ecirhorse.org/video.php