Diagnosis of PPID and IR

PPID/Cushing's Disease is a disorder of the pituitary gland and results in hormonal disturbances. The pituitary gland secretes high levels of the hormone ACTH (adrenocorticotrophic hormone), which stimulates the production of cortisol, a stress hormone.

Endogenous ACTH — a single blood draw to measure the level of endogenous ACTH — is diagnostic for PPID in equines and recommended by the ECIR Group. The sample requires special handling for accuracy. Consider TRH Stimulation for suspect horses with normal ACTH. There are seasonal fluctuations to consider for diagnosis of PPID. Please review the section on Seasonal Rise.

An EDTA plasma tube (usually lavender top) MUST be used for specimen collection. Collect blood to the tube fill volume, gently mix by inversion, and chill immediately by refrigeration or immersion in an ice bath. Separate plasma from cells by centrifugation as quickly as possible for dogs and within 4 hours for horses. Centrifuge for 5-10 minutes (preferably in a refrigerated centrifuge) and transfer the plasma into a plastic (canine/equine) or coated glass (equine only) tube and freeze immediately. Ship on frozen cold packs using an overnight courier service. Plasma samples should arrive frozen (strongly recommended) or adequately chilled (i.e., kept near 4°C at all times).

Equine HAC. Endogenous ACTH assays are the most useful test for diagnosing pituitary tumors in horses. One limitation is that ACTH is a fragile hormone that requires meticulous care in handling. Blood should be collected in a chilled silicone coated EDTA tube, centrifuged immediately, plasma collected in a plastic (nylon) tube and kept frozen until assayed. 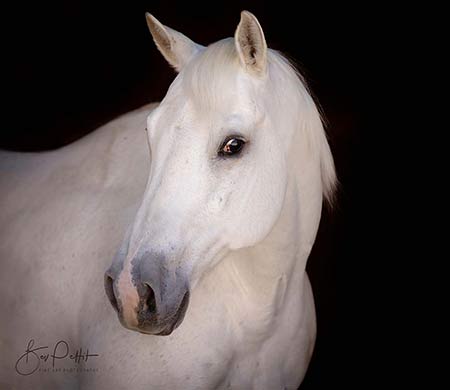 Examples of other labs world-wide are:

NOTE: The Gribbles form does not have the  Endogenous  ACTH listed on it — only mentioned is the ACTH Stim test — make sure you specifically ask for Endogenous ACTH test in the "Other Tests" section. Test # 4272

Gribbles will do Leptin testing.

Other Diagnostic Tests for PPID 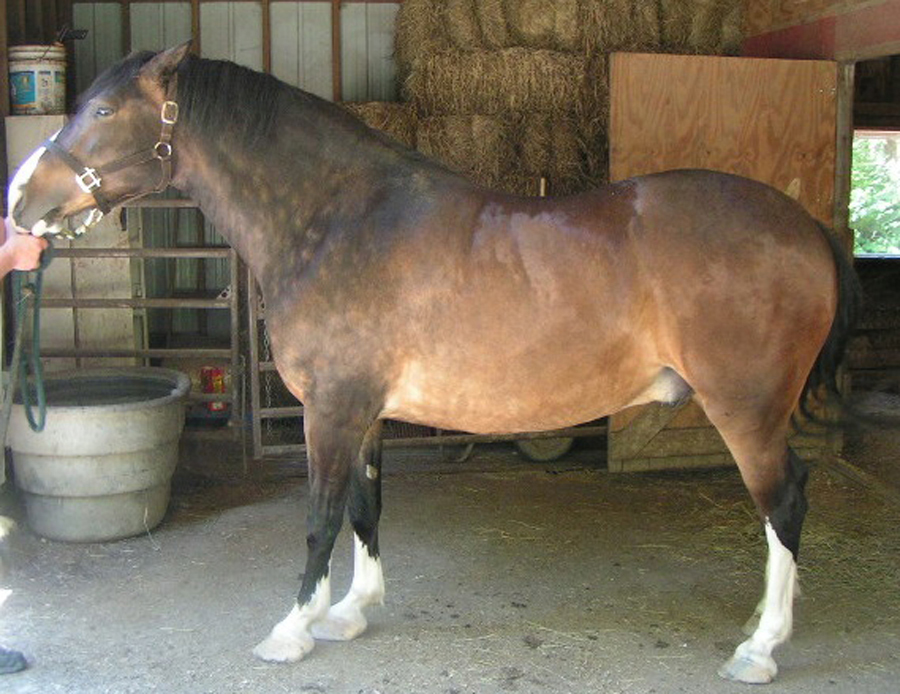 The Domperidone Response Test involves oral, or possibly intravenous, dosing with the drug domperidone, which causes an approximately 300% rise in ACTH in a horse with PPID but not in a normal horse.

The Thyroid-Releasing (TRH) Stimulation Test: Thyroid releasing hormone (TRH) stimulates release of ACTH. In normal horses the rise is very small but in PPID horses it is pronounced. Samples for ACTH are drawn before and 10 minutes after TRH injection. This test has more false positives than endogenous ACTH but because of its higher sensitivity is a good test for horses strongly suspected to be early PPID horses but which test negative by endogenous ACTH. Results are not reliable during the fall seasonal rise.

Urinary Cortisol:Creatinine Ratio is a test done on urine as a screen for PPID/Cushing's disease. It is not 100% diagnostic, but is highly suggestive. It is more accurate than blood cortisol levels in detecting increased production of cortisol.

Cortisol Rhythm is not diagnostic for PPID/Cushing's Disease, and is considered to have 30%+ false-positive readings.

Most veterinarians now know what EMS is, and that horses may have EMS without having PPID/Cushing's Disease. A lot of confusion, however, remains about how to correctly diagnose it.

Symptomatically, most but not all, EMS horses have a body condition score of 6 or higher (or a history of being "easy keepers"), abnormal fat collections, such as fatty crests, fat in the eye hollows, or other fat pads; these horses are often brought to the vet's attention because of laminitis.

There are many controversies over how best to test for EMS in equines. There is a dynamic interaction between glucose and insulin that changes over the course of the day. Insulin levels change when the horse eats, sleeps, or exercises. A normal level will depend on conditions of the test. A low-sugar/starch diet can influence insulin results.

The fat-derived hormone, leptin, is also usually abnormally elevated in insulin resistance. There are many other things that can lower or increase leptin — age, weight, sudden changes in nutrient requirements such as foaling, starting an exercise program, differences between breeds. ECIR does not recommend routine testing for this hormone.

Adiponectin is used in the UK and the EU. Adiponectin helps regulate glucose and fat burning, and maintain insulin sensitivity. Low levels are associated with EMS. It has come to be preferred over leptin because it is not influenced by things like weight or exercise, and also because it was the only factor other than insulin levels that predicted laminitis risk.

Horses should not be fasted before testing. This is only done for human tests. If a horse is meal fed — periods in excess of 6 hours when the horse has nothing to eat — the first meal after the fast will generate a larger insulin spike than subsequent closer-together feedings, even if the meal is exactly the same. Recent research has confirmed this 20-year recommendation from the ECIR Group.

To avoid a false-positive result, the horse should have hay available at all times the night before and day of the testing. If that's not possible (e.g., a ravenous horse that will inhale as much of anything you put out as quickly as possible), make sure the blood is drawn at least 4 hours after the first meal of the day, keeping some hay in front of the horse until the testing is done.

The horse should not be fed anything except hay prior to testing. The horse also should not be exercised within four hours of the test; avoid shipping before testing if at all possible. Stress and exercise influence glucose, insulin, and leptin dynamics. 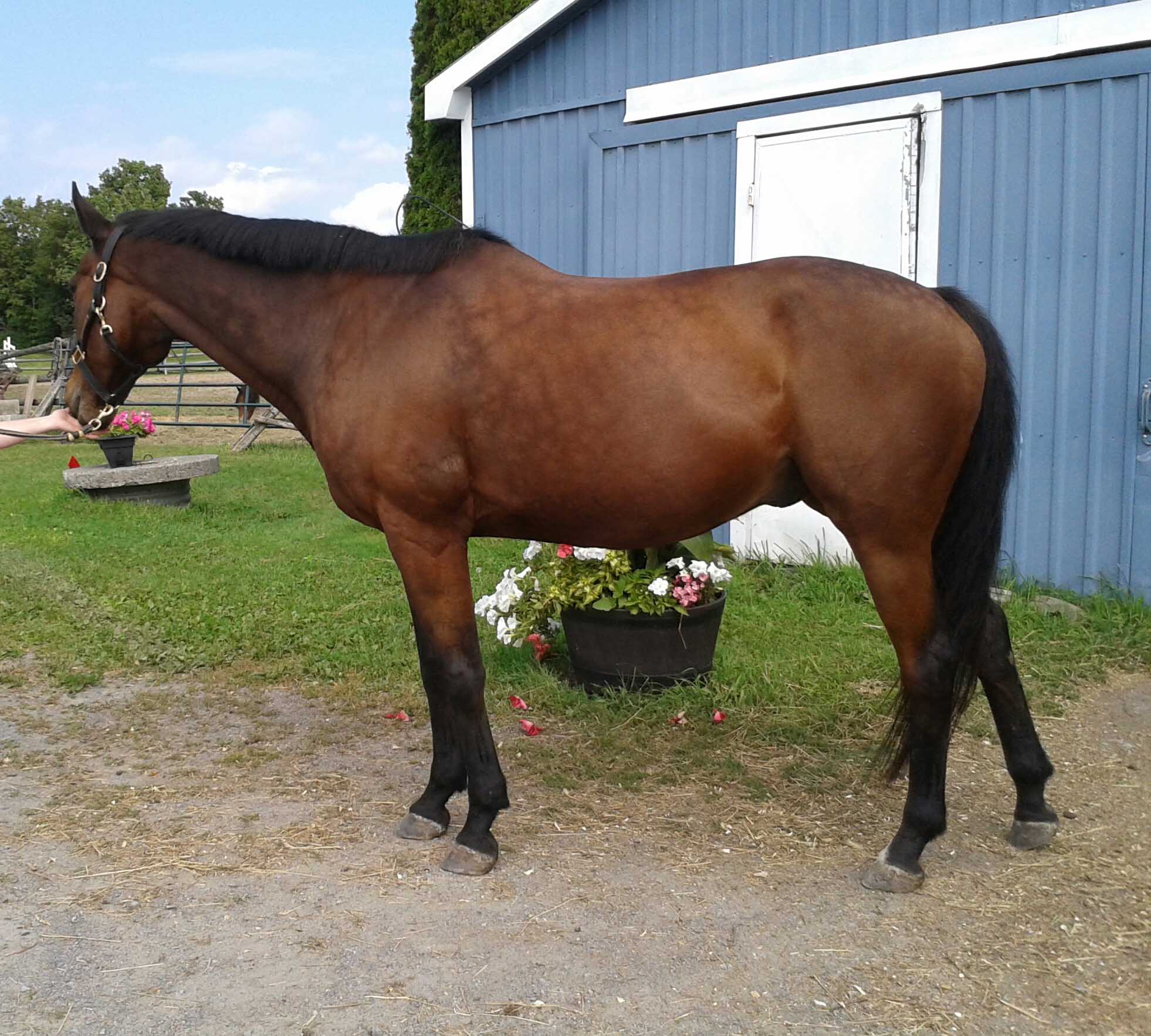 Some important facts to remember:

The EMS Calculator is the tool designed to quickly calculate G:I Ratio, RISQI, and MIRG.

The upper limit of normal for glucose in a horse that has not been fed anything but hay prior to testing is around 100 mg/dL (5.6 mmol/L) by definition. It is important to also know that the horse could have an insulin result inside the lab's normal range and still have EMS. This is determined by the use of calculations called proxies and supported by abnormal leptin or adiponectin levels.

Based on human studies and data from our group members' horses, we have been using the G:I ratio proxy for many years now. It's very easy to do. Simply divide the glucose result in mg/dL by insulin in uIU/mL. (If your insulin is reported in pmol/L you have to convert it to uIU/mL by dividing by 6.0.) A normal value is 10:1 or higher. The lower the ratio, the higher the laminitis risk.

The RISQI is a proxy developed by researchers at the Virginia Polytechnic Institute. RISQI stands for "reciprocal of the square root of insulin". It is calculated by the equation 1/square root of insulin.  A normal value is greater than 0.32. A RISQI value of less than 0.2 indicates severe insulin resistance and the horse is at high risk of laminitis.

MIRG doesn't measure insulin sensitivity. It measures beta cell responsiveness, or the ability of the pancreas to respond to blood glucose. It is the proxy for AIRg: acute insulin response to glucose. High MIRG = abnormally high insulin response, which likely indicates EMS; but low MIRG is also abnormal and is seen in EMS that has progressed to diabetes.

Recent studies have described horses with normal SI (RISQI) on intravenous testing but high AIRg. It has been hypothesized that the high AIRg on oral testing is coming from incretin release in the intestinal tract. Incretin stimulates insulin release as soon as food hits the intestinal tract and in high secretors can overshoot the mark. However, there is evidence these horses are also overabsorbing glucose, which would mean the high incretin is actually appropriate.

Low MIRG is seen in horses with pancreatic exhaustion that are not secreting enough insulin and are diabetic.